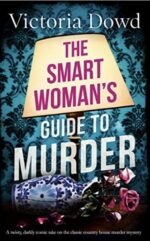 The so-called cosy mystery is a staple of crime fiction. From Agatha Christie to M.C. Beaton, we can’t get enough of village life with the occasional body thrown in. For me, the Golden Age shone with a multitude of wonderful authors such as Ngaio Marsh and Margery Allingham, each nestled comfortably in a familiar setting with the usual cast of characters. From Marple and Poirot, to Campion and Inspector Alleyn, there have been a whole host of unlikely but loveable detectives. Lords and elderly ladies, there’s no bar to entry and no qualifications needed to be the person everyone relies on to figure out ‘whodunnit.’ And this is precisely where the appeal lies. Like so many readers, I have been fascinated and inspired by the Golden Age of crime for as long as I can remember. It’s that ease with which we, the reader, can substitute ourselves for the ‘detective’ figure. We can sit alongside Miss Marple and puzzle away at the various array of village characters. The set is so familiar that readers of all ages all around the world can settle in from the very first page. Everything is as we expect, poised and ready for the unexpected to take place.

I was eight years old when I opened the pages of Murder on the Orient Express and was instantly transported to a train carriage full of glamorous suspects as I sat alongside a strange little man drinking crème de menthe. From that moment, like millions of other readers, I was hooked. I devoured every Christie I could before moving on through the shelves of great and wonderful Golden Age writers from Dorothy L. Sayers to Josephine Tey.

As a young girl growing up in 1980s Sheffield and attending the local comprehensive, I was of course easily drawn to the glamorous world of cocktail parties and country houses I found in the pages. But more than that, I wanted to solve every crime, climb inside the mind of the author and pick apart the plot until I had singled out my prime suspect. Like every reader, it was the puzzle that attracted me more than anything else – the need to pit my little grey cells against the fiendishly clever author. The passion for crime never left me.

I studied law to find out the details behind the books, the mechanics of the system. I went to Cambridge but contract law and conveyancing seemed dry by comparison to the world I had found in my books. Undeterred I continued my quest to reinvent my world in the shape of the Golden Age.

I went on to become a criminal defence barrister for many years and discovered a whole new form of crime. This was real and often disturbing, with criminals, bodies, autopsies and, most importantly, victims. Many readers are drawn to this form of crime – true crime, CSI, the bloody and brutal. But in Golden Age crime, the body is often almost irrelevant. It is simply the catalyst for the sleuthing to begin. There’s a body in the library, so let’s have a glass of champagne and study the details of where everyone was at the time of the murder. There’s no tented scene with an army of DIs, SOCOs and forensics. The denouement is often the end. We see no real consequences, the shattering of lives or the punishments handed down. The puzzle is solved so that is the end.

As with many avid readers, I was always a writer but it was a very distant dream for that to be a real career. Lawyer was a job, writer was something I did in my private, spare time. The writing continued alongside my ‘real’ job, with the real criminals, courtrooms and police officers. When I finally mustered the courage to send a short story to a magazine and had the heart-stopping letter telling me they were going to publish it, that’s when there was a flicker of an idea that writers weren’t just other people.

Over the years, I had short stories published in various journals and magazines and last year even managed to pick up the Gothic Fiction Award for short fiction awarded by Go Gothic. But it was the crime novel that always inspired me. An idea had been formulating for years of a modern day take on the classic country house whodunnit. I wanted strong female characters set in the 21st century with all the truth of a relationship between mother and daughter, sister and friends. But I wanted to maintain that unreal element of an isolated house, cut off from the real world of police officers, telephones, internet or any form of help.

I put the women in a book club, a familiar environment to many modern readers and one that can often be fraught with tensions. The fact that most of them are related added another layer of pressure. I wanted there to be a dark humour amongst the women with their acerbic, sharp exchanges. Often in Golden Age crime novels there is that extra layer of wit between the characters. When these women are snowed in and the murders begin, the pressure mounts quickly and their relationships instantly show the strain. Putting all these elements together in a classic whodunnit seemed like a natural re-imagining of how those unusual and often quirky characters might appear in this day and age.

When Joffe Books said they wanted to publish The Smart Woman’s Guide to Murder and saw it as a series, I was utterly overjoyed. They are the perfect publishers for this, with a wonderful catalogue of crime authors. They’ve been amazing and I certainly had no idea how much hard work by so many people goes into a book! I’ve also discovered, in the very short time I’ve been a published crime writer, the wonderful community of readers and authors that exist in the genre. Established writers such as Margaret Murphy have thought nothing of spending an hour on the phone helping and advising. There have been Facebook launch parties, Zoom parties with everyone in fancy dress and I’ve even mastered the art of filming my thank you speech on my phone. It’s strange days for releasing a book, least of all one where all the characters are isolated. But it’s been the most amazing, wonderful experience with readers I’ve never met taking the time to say how much they’ve liked my book. I’ve quickly discovered what a fantastic community of people crime readers are. There are Facebook pages, blogs and all manner of people constantly tweeting about crime fiction, their recommendations and their new discoveries. The CRA and the CWA have been especially wonderful and in these difficult times have been there for authors in the most fantastic way. Crime fiction really is in a Golden Age and I’m incredibly grateful to be a very small part of that.