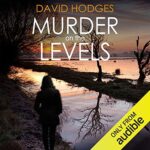 The Dinosaur Who Came In From the Cold by David Hodges

When I first discovered my desire to write, it was in virtual prehistoric times, when publishing houses like Methuen, Herbert Jenkins and Collins – to name just a few – adhered to simple publishing practices. If you were submitting a manuscript, you could post it direct to the publisher, preferably typed on foolscap sheets of paper, double-spaced on your manually operated Olympus or Remington typewriter and enclosing a stamped addressed envelope for the almost inevitable return with a rejection letter. Correction fluid then was an invaluable aid, since your untrained, stabbing fingers invariably missed letters which had to be corrected, but no one seemed to mind, provided the finished product was presentable. A good Oxford dictionary and thesaurus completed your must-have kit, plus several spiral-bound notebooks in which you wrote the whole novel in longhand first before typing it out all over again on your treasured machine.

Writing in those days was consequently very hard work and could only really be contemplated if you were a dedicated masochist, happy to spend hours and hours at the kitchen table on those hot summer days, knocking out manuscript after manuscript with little chance of success, while everyone else was out enjoying themselves in the sun. Yet, strange as it may seem, writing was fun – an adventure into the fascinating world of literature that you desperately wanted to be part of – and whether you were published or not, the satisfaction came from simply producing something you had created from your own efforts.

Today, writing is a whole different ball game. The old ‘give it a whirl’ editors are gone now. Everything is about profit margins. The quality of the product is less important than its sales potential. Furthermore, everything has to be completed on a computer with that clever Microsoft product, Word, when it deigns to work, and in most cases the finished product must be sent first to that much maligned and rather mysterious personage called an agent as an email attachment in order for them to decide whether the submission is worthy of consideration before it goes anywhere. Then, if you are very lucky, it might actually receive a passing glance from a student on his or her university gap year before hitting the publisher’s slush pile. In fact, so many people are now writing novels, particularly in the crime genre, that it is rather surprising publishers have enough room in their offices for slush piles!

So, hip-hooray, the wonderful advent of technology means there is no longer any need for messy correction fluid, stacks of spiral-bound notebooks, erasers, sharpeners and pots of pencils with wobbly tips. Instead, all that is required is the tap of a key to access Microsoft Word and you are on your way – once you have sorted out things like font, text size, line and paragraph spacing, margins, headers and footers, of course. Gone also is the necessity for weighty dictionaries, thesauruses and encyclopaedias to clutter up that shiny new desk. Instead, there’s immediate access to that mystical being called ‘the Net’, and if the system’s spell-checker is activated everything is done for you – provided you don’t mind that innovative aid constantly trying to correct your text from British English to American English, despite it having already been indicated in the set-up process that you wish to use the British version!

Progress then is with us and still marching on at pace, but it is not all plain sailing in this brave new world. The sad fact is that while today’s writers do not have to be as accomplished wordsmiths as their forebears, with a thorough knowledge of English grammar, such as spelling, punctuation, syntax and sentence construction because of the computer software support available to them, there are other new skills that are essential if they are to succeed in the craft – and that is a good working knowledge of computer technology and use of the internet. This can pose a real problem, particularly for society’s older ‘reading, writing and arithmetic’ generation, like me, brought up on correction fluid, spiral-bound notebooks and clanking manual typewriters.

In fact, I have to admit, it has taken me quite a while to master the basics of that technology, with its alien language of terms like address bars, browsing, booting up, cut and paste, drag and drop, scroll bars, tools, gigabytes and megabytes, hard drives and disk drives, tag lines and log lines. The trouble is, getting help can be just as daunting as trying to assimilate all the information available. Even the most down to earth experts tend to assume that those seeking enlightenment already have a basic understanding of the subject. Consequently, they automatically resort to unintelligible geek terminology in the course of putting that information across, leaving the recipient of their commendable knowledge more confused than ever.

The fact that I finally managed to break through the Professor Unwin speak and make my way in this brave new world of technological gobbledygook is due essentially to trial and error (mainly error), dogged persistence and a capacity for strong coffee. Now. I won’t say that I have ‘arrived’, but I am further into the journey than I was, and thanks to a very understanding publisher, I am finally earning some nice royalties on my Word-typed novels.

But I do sometimes wonder whether the advent of the computer really is progress when you come down to it, or whether the modern literary world is in danger of losing the plot altogether. Are our creative juices being watered down by the very technology devised to make our task easier? In short, has creative writing lost its soul? To my mind, the jury is still out on that!

David Hodges is the author of 14 crime novels and an autobiography on his thirty-year career in the police service. Published by Joffe Books, his current crime series is set on the Somerset Levels in rural England and features his dynamic heroine, Detective Sergeant Kate Hamblin and her laidback sidekick and partner, Hayden. Already available on Kindle and in paperback, the first six of the novels are now being released by Audible between July and September 2021, for those who prefer to listen rather than read their thrillers. Asked how many more novels in the series he expects to produce, David grinned and said, ‘Now that really is a mystery.’

You can read more about David, his background and his books here.