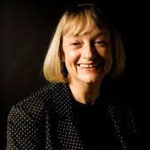 You may remember that early in April we offered a great giveaway prize of a, signed, Evonne Wareham novel to two lucky Crime Reader Association members. The giveaway finished at the end of April and we have now informed the winners – so if you have not heard from us then I am afraid this wasn’t your lucky day!

We love letting you know more about your favourite authors so we thought it would be great to learn a little bit more about Evonne and her books:

“I write romantic suspense. As a stand-alone genre it is much better known in the United States than in the UK. On this side of the Atlantic the books are usually referred to as romantic thrillers, and are often categorized as crossing or mixing genres. Potentially dangerous territory for a writer.

Received wisdom alleges that many UK readers don’t like a love story intruding into their crime. It can be a secondary thread, but the mayhem has to be front and centre. The essence of romantic suspense is that a love story is give equal billing with a crime/thriller element and that they both progress together. A suitably up-beat resolution of the love theme rounds the whole thing off.

As a fairly fledgling UK author I know I’m taking a chance, writing against what is said to be the national grain. Why do it? A very simple answer – I’m writing what I like to read. I’ve enjoyed the big name American romantic suspense authors – Nora Roberts, Karen Rose, Jayne Ann Krentz, and many more, for years. Gradually it dawned on me that I might write in that style, but set it in Europe.

Anyone who picks up one of my books gets a helping of crime that surrounds a developing love story. The protagonists have plenty of emotional baggage and the course of true love most definitely does not run smoothly – but they always make it in the end, however gruesome the journey. One of the challenges of managing the strands is keeping both sides in balance. The thriller side needs to be just as much of a high stakes roller coaster as the romance. Webs of conspiracy? Escalating body count? World domination? Bring it on. Suspension of disbelief is definitely required. This is not the gritty world of the police procedural. Romantic suspense is not for everyone. But if you do have a fancy for something a little bit different …”

Evonne Wareham is published by award winning independent publisher Choc Lit. Her debut novel, Never Coming Home, won the UK Romantic Novelists’ Association New Writers’ prize for 2012. Her second book, Out of Sight Out of Mind, features a scientist who reads minds and a down-and-out who can’t remember his own name.

Watch out for more giveways and for details of National Crime Writing Month.