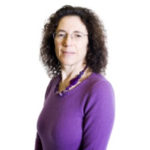 Multi-tasking is an essential ability for a writer. Hands and mind can work simultaneously and independently, and there can be one issue engaging the forefront of the mind while another is still working in the background. The brain will even continue to work on a problem while one is asleep, so that the answer will be there on waking up.

Writers need to be so many things, and in so many places, and sometimes we have to rush between locations scribbling furiously as we go. I often feel I need an extra head and an extra pair of hands together with the ability to go without sleep in order to achieve everything I want to do!

At least I can have an extra computer screen, which has been a boon. I wasn’t convinced I needed one at first but now I wouldn’t be without it. So much historical research material has become available to view online in recent years, it is an ideal arrangement to have the book I am consulting on my second screen while I carry out my work on the main one, so much easier than dotting back and forth between tabs.

Permanently set up on my second screen is the iPlayer window. Of course I wouldn’t watch TV while I am writing, but I do while working at other tasks, such as organising paperwork. I am a huge consumer of documentaries, especially historical and scientific, and by watching as I work am able to enjoy many which I would never have had the time to see otherwise.

The other split I employ is in my use of the writing app Scrivener. Like the additional screen I wasn’t sure at first how useful it would be, and I admit that it took some getting used to. I had some initial difficulties understanding how to set it up to deal with endnotes for my non-fiction work, and contacted the developers. The feedback to my questions was fast, and I even got a response from the creator of the app who was able to advise me.

I now use it for almost all my writing.  Instead of chapters I work on individual scenes and can move them about if I want to change the order. And I can split the Scrivener screen to place the document I am composing on one side and the notes I am working from or a timeline of events on the other. At the press of a virtual button the work is compiled into one manuscript, and when I close the project it is zipped and stored in the clouds.

Yes, I do spend most of my time in the nineteenth century, but there is nothing like the technology of the twenty-first when you need to be in two places at once!

Linda has a virtually life-long interest in true crime, and a large collection of books on the subject. Read more on her CRA profile including links to her books.