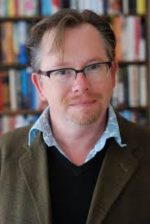 I began writing my first published book (in the attic are my two deformed novels that will remain chained in the dark forever) The Last Winter of Dani Lancing, in a blissful state of low expectation and no deadlines. I was a stay-at-home dad with a failed business and mind-numbing freelance work. All my skills (except making a kick-ass espresso) were from the dark-ages and I was old enough to know that what I needed was something creative.  But I was already a two-time failed novelist, why did I think that was going to change… optimism or idiocy? Who knows. I signed up for a two-year writing course and wrote for three days a week while my daughter was in pre-school.  I am not sure where I stand on the creative writing course debate, but what I do know is that courses can give you loads of good exercises to strengthen your writing practice. One of them is creating the back-story of your characters’ lives, literally creating a timeline and CV for them, from birth to when your novel is set (and beyond if that helps).  I loved creating a legend for the central couple of the book – the dead girl’s parents, Patty and Jim Lancing. I wrote about their own parents and education, how they met and fell in love and what they dream about. After University Patty became a crime journalist, a woman in a very male world and she had to fight to get any stories allocated to her. When we meet her in Dani Lancing, she is 65 years old and has been hollowed out by the grief of losing her daughter over 20 years before. At 65, she is still like a dog with a bone, tenaciously digging to find her daughter’s killer, even though it had destroyed her marriage and in reality her whole life. To make her believable in the present, I had to create a life-story that made that transition real, from radical idealist to revenge-filled 65 year old woman.  So, I created a history for her. Some of that is included in the novel – but the case that made her career is only mentioned as a book she had written: The Ugly Man, but I knew what happened to her then – knew what she had to go through.

I then created the entire history of Chief Superintendent Tom Bevans AKA The Sad Man. In Dani Lancing he runs Operation Ares, which is a serious crimes team unit dedicated to investigating multiple sex murders. He is making amends for Dani – for letting her die (not a spoiler but you need to read The Last Winter of Dani Lancing to know the truth). I talked to some long serving officers and created a career path for Tom – which pivots around his big case as a lowly DS: a woman murdered with angel wings carved into the floor around her body. The wings are filled with her blood. Solving this case gains him promotion and allows him to set up Operation Ares and ultimately to become the man we meet at the opening of The Last Winter of Dani Lancing.

But all of this was pretty much just in note form and written on timelines and family trees (and in images in my head) there were no actual scenes written. It was deep background so that I could write for Patty, Tom and Jim from a place of knowing them deeply and understanding what makes them tick.

It took three years to write Dani Lancing and amazingly I found an agent for it and he sold the book. I got a two-book deal and I was finally a professional writer; and that means I had a year to write book two. But. BUT. I had these notes, the spine of two stories I really wanted to tell first. I knew they were not novels but they were significant parts of both Patty and Tom’s lives. The first time I met with my editor, I told her about two stories I could write as tasters or teasers for the novels. She was excited – ‘free content is always good,’ she told me. So I settled down to write The Sad Man and The Ugly Man.  It was a lot of extra pressure (when I had a second novel to write) and I had no idea how long the novellas would up end being. In the end they both turned out to be 30,000 words and about 120 pages each. I think they are great introductions to both my writing and my characters – and they are FREE on kindle and all good e-book stockists. So, what are you waiting for?

P. D. Viner is an award winning film-maker and audio-book producer, now turned novelist. He has studied film and theatre in England and Russia and produced documentaries for Japanese TV. He created the popular ranges of English Literature study guides – The SmartPass audio guides andShakespeare Appreciated. He was a terrible stand-up comedian for a while and now lives in Brighton with his wife and five year old daughter.