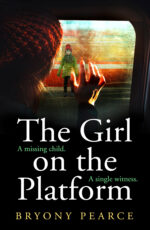 Man as Monster and the Milgram Experiment by Bryony Pearce

I’ve always been intrigued by man-as-monster; equally frightened and fascinated by the idea that someone who could help an elderly neighbour with their shopping, let local kids play in their garden and give to charity, could be the same person who stalked an ex, or murdered a stranger.

I believe that my interest in the idea that evil can live alongside apparent normalcy, or even goodness, started when I was bullied at school, and has remained with me since. Over the years various kids took against me for their own reasons. I understood that. But then, for one memorable term, things took a darker turn. Whenever I entered a classroom, insults were chanted by the whole class. I was tripped, kicked or punched whenever I came within striking distance of another human being. This included people I’d considered friends and had never (knowingly) offended. Even the teacher turned a blind eye.

How could they do this?

My answer came years later when I was researching my first novel and discovered de-individuation theory, the process by which an individual becomes immersed in a group. In a group it is easy to find your internal restraints removed, certain behaviours are rewarded by the group’s approval, anonymity emboldens you.

In 1969 Zimbardo did a study where participants were divided into two groups – one wearing plain clothes and name tags, the other wearing cloaks and hoods. Participants were asked to administer electric shocks to a learner (secretly an actor) every time they made a mistake. It will come as no surprise to learn that the cloaked group administered shocks of significantly longer duration.

This brought me to the Milgram experiment and full circle to the idea of man-as-monster. Milgram (Yale) wanted to know if it was possible that ordinary Americans could have committed the same kinds of atrocities as ordinary Germans were known to have done during the Second World War.

As in Zimbardo’s study, volunteer participants were asked to electrocute a learner.  Here almost two-thirds kept going until they thought the learner was unconscious or dead.

More recently a (fake) game show took place in France, to test the same theory. There, 80% of people (who thought they were contestants) continued to shock the other ‘contestant’ way beyond the point of humane behaviour. Game of Death: French TV Shocks with Torture Experiment – TIME

I learned again what I’d learned as a child, that, given the right situation: anonymity, encouragement by an authority figure, small rewards, a great many ordinary humans easily turn into monsters to be feared. It turns out that most of us have the capacity for evil.

And so, to my books. I have been writing YA novels for over ten years and am now writing adult thrillers. All of my novels explore the question ‘what would you do?’ What would be enough to turn you into a monster?

What would you sacrifice for this child? Would you lie, cheat, risk your marriage, risk your own child? What kind of person would you become if you thought you were doing the right thing?

I’m sure we’d all like to think that we’d never become the monster in the story … but then research has proven that at least two-thirds of us would be wrong.

Bryony’s thriller The Girl on the Platform is out now.