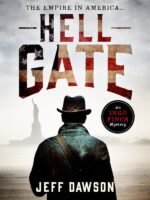 I lived, some years ago, on a Ladysmith Road. It joined another called Kimberley, thoroughfares of solid, red-brick terracing. Show me any British suburb, built c.1900, and I will give you streets named Ladysmith and Kimberley… Mafeking too — after towns besieged, then relieved, to national jubilation, during the Boer War of 1899-1902.

The conflict was etched deep into late Victorian/early Edwardian society. By its peak, half a million Empire troops had descended on the Cape, the biggest military expedition in history. And yet, save for the odd societal vestige – those “Kop” ends at football grounds; in the good old Boy Scouts, set up by a general (Baden-Powell) to improve recruiting – this seismic event has been largely airbrushed from the history books. (Though not in South Africa.) For want of a better word, “cancelled”.

Why? Well, the war comes shrouded in shame, of course, the world’s pre-eminent Superpower sucked into a guerrilla scrap against Dutch-descended farmers, culminating in scorched earth and concentration camps. Secondly, soon after, came the Great War itself, a conflict so cataclysmic, so much closer to home, that this distant colonial dust-up lost its relevance.

No Ordinary Killing is not about the Boer War but uses it as a backdrop. As a heaving, exotic port, shiploads of Tommies passing through, Cape Town seemed quite the setting for a murder mystery. Behind the genteel veneer, it’s a city of bars, bordellos and cutthroats, the lid clanging on a simmering pot of ethnic tension. When the body of an army officer is found dumped on a veranda, Captain Ingo Finch of the Royal Army Medical Corps is prompted into a spot of sleuthing. Soon he’s in the half-light of Great Power shadowplay.

In The Cold North Sea a disillusioned Finch, back in England, is hauled from civvy street to probe unexplained killings in the wake of the Dogger Bank Incident of 1904, another event that’s succumbed to historical amnesia. An international outrage, the Russian navy had fired upon, and sank, some of the Hull fishing fleet (it mistook the trawlers for – don’t ask – Japanese torpedo boats). But for a late intervention, Britain and Imperial Russia very nearly went to war.

By the third book, Hell Gate, set in March 1905, Finch has been press-ganged into service with Military Operations, dispatched to New York, investigating murders related to the General Slocum Disaster of some months earlier. Pretty much erased from record too, this tragedy was the 9-11 of its day – a nautical accident in which the titular passenger steamer caught fire and sank in the East River, killing at least 1,300, mainly women and children.

The dead, summer day-trippers, hailed from the extensive German community on Manhattan’s Lower East Side. Till then, New York had been the world’s third German metropolis (after Berlin and Vienna). With the heart ripped out of this ethnic quarter, the make-up of New York (and, with it, American politics), was altered, the bereaved bequeathed nothing but a festering grievance.

It was Sarajevo that officially kicked off the First World War, as every schoolkid knows (to quote Baldrick: “when a bloke called Archie Duke shot an ostrich.”) But that was merely the tipping point. Finch already senses it – in Cape Town, in London, in New York; in the dirty tricks, the dark arts, the grubby backstreet slayings – the long slow march that’s tramping inevitably towards Armageddon.