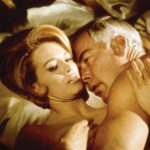 From 29 March, the BFI in London will be showing a tribute to John Boorman’s crime classic, Point Blank. CRA readers can now win a free pair of tickets the the film.

John Boorman’s American debut remains a landmark crime movie, mixing fast-paced, hard-hitting Hollywood action with European stylistic experimentation and cool, existential enquiry to lastingly intoxicating effect. Heading up a slew of actors who can only be described as ‘iconic’, Lee Marvin is cast to career-best perfection as Walker, an old-school gangster left to die in Alcatraz after an otherwise successful heist. Like some anachronistic avenging angel, he returns to seek out those who betrayed him and retrieve his share of the loot from the outwardly respectable, strangely faceless ‘Organisation’. But does Walker belong, can he still function in this world?

Bringing a sharp outsider’s eye – and Philip Lathrop’s superb Scope compositions – to the strikingly angular cityscapes of Los Angeles and San Francisco, Boorman also deployed a teasingly fragmented chronology, innovative sound design and careful colour schemes to create a consistently surprising, acerbically witty and gripping narrative that finally constitutes a vengeful dream of vain desires. Though there have been subsequent adaptations of Donald Westlake’s The Hunter, this terse masterpiece remains by far the best, and still feels extraordinarily, exhilaratingly modern.

To win one pair of tickets simply email filmcompetitions@bfi.org.uk with CRIME in the subject header by 25 March.