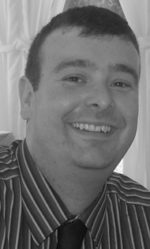 Every Cloud Has a Silver Lining… by Paul Gitsham

One of the dirty little secrets that we crime writers are sometimes loathe to admit in polite society, is that when something really bad happens to a loved one, our second thought (after checking they are OK, obviously) is ‘I reckon I could use that in a book.’

I found myself having those exact same thoughts two summers ago, when my parents were burgled. The whole experience was unpleasant to say the least, and whilst the material losses weren’t as bad as they could have been, and mercifully they were away at the time, Mum and Dad were left feeling upset, angry and violated.

The details of the break-in itself are depressingly familiar. My parents had gone away to the Westcountry on holiday. A few days into their break, their house alarm went off. The next-door neighbour popped around to see if all was OK, but seeing no sign of a break-in assumed it was a false alarm. The bell eventually stopped ringing, but the blue light continued flashing.

A couple of days later, the alarm sounded again. This time, a friend from across the street with a set of keys heard the noise and came to investigate. This time he found the rear French windows kicked in. The burglars were long gone by now and so our friend called the police, arranged for a glazier and called my parents with the bad news.

By the time Mum and Dad made it back from holiday, the CSIs were on the way (top tip, if you are going to get burgled, you get a much quicker and fuller response from the police if the neighbour who calls them is a former Chief Superintendent with the local force). As they processed the scene, they got talking to my parents about the break-in, a conversation subsequently relayed to me.

Apparently, this type of modus operandi is becoming increasingly common. Burglars notice when the car has been missing from a house’s driveway for a few days and surmise that the owners might be on holiday. They then return to the house and deliberately set-off the burglar alarm. If the alarm has not been reset after twenty-four hours, they figure that the owners are definitely away, and that nobody else has any keys. They then come back and burgle the property at their leisure, safe in the knowledge that nobody has investigated so far, so how likely are they to be disturbed now?

However, it was a passing remark from one of the CSIs to my Dad as they tidied up that piqued my interest. I’m not going to repeat it here, for to do so will give away the central premise and final plot twist of my latest DCI Warren Jones novella, A Case Gone Cold. Suffice to say that I had the bare-bones of the story plotted out within minutes of the end of the phone call.

I’m not going to thank the faceless thief that burgled my parents’ home for giving me the inspiration for my next book – frankly, I’d be happy for them to bring back public flogging for a one-off special, should they ever be apprehended. But I am going to thank my Mum and Dad, who upon hearing my idea for a story based upon their woe, enthusiastically embraced the idea and let me find the silver lining within their particular cloud.

Paul Gitsham is a former biologist, who retrained as a science teacher in order to pass on his sloppy lab habits to a new generation of enquiring minds. He writes the DCI Warren Jones series, and lives in Essex with his girlfriend and more books than he has shelf space for.