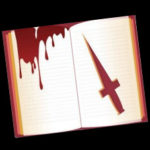 The judging panel for this year’s Dagger in the Library Award are pleased to announce the longlist for the 2013 award. Mobeena Khan, who chairs the judges, said “We have been thrilled with the response and the nominations we have received from libraries up, down and across the country and have been knee deep in books since January. As ever, the selection process proved tough and there was much discussion before we arrived at our chosen longlist. We are all eagerly reading on for the shortlisting process and are thrilled to see some new names as well as some familiar ones on this year’s list.”

The thirteen authors in contention this year are Belinda Bauer, Alison Bruce, S.J. Bolton, Peter May, Gordon Ferris, Tania Carver, Elly Griffiths, Christopher Fowler, Michael Ridpath, Jane Casey, Phil Rickman, Alex Gray and Frances Brody. The shortlist will be announced at Crimefest on 31st May, with the eventual winner being revealed at the Daggers Gala Dinner on 15th July.

This award is unique in that it is the only award that is nominated exclusively by library users, readers and librarians. You really do get to decide who gets onto the long list. Thanks to the generosity of our sponsors Dead Good, this year for the first time people were able to nominate their favourite authors online, and have the chance of winning £200 worth of books from Random House Publishers.

Authors like Val McDermid and Ian Rankin are well-known amongst the readers of crime fiction but, beneath the top rank of bestsellers are a host of writers, some new and some who have built loyal followings over the years but who have never quite broken through. It is to give a boost to these authors that the Crime Writers’ Association Dagger in the Library Award exists. The award is kindly sponsored by Dead Good, an online crime community established by The Random House Group. The Dagger is awarded to a writer nominated by library users and chosen by a panel of librarians, all of whom work with the public. This year’s panel is chaired by Mobeena Khan, Stock & Reader Development Librarian for Hertfordshire Libraries, and includes librarians from throughout the UK.

Unlike most other literary prizes, the Dagger in the Library is awarded not for an individual book but for the author’s body of work. Last year’s winner was Steve Mosby, and previous winners have included Mo Hayder, Colin Cotterill, Stuart MacBrideand Craig Russell; whilst Lesley Horton and C J Sansom have been Highly Commended.

The nominated authors must be alive, preferably working in Britain and cannot have won the award before. As the award is for a body of work, authors should have published at least three books. Entries from reading groups or individuals are submitted through libraries.