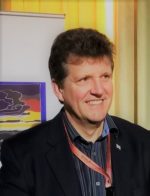 What Did You Do in the Crisis, Detective? – by Jason Monaghan

I’m currently writing a novel set in the 1930s. An immediate question in creating a character is ‘what did they do in the Great War?’ A man over the age of 30 would have seen military service or have a very good reason why he did not. How a woman became engaged in the war effort serves to underline her character. Everyone would have lost friends or relatives and would know people still struggling with psychological damage, physical injury or bereavement. Golden Age authors sketched in the wartime background of characters lightly, as their ‘contemporary’ readers would fully understand the references. The Second World War likewise cast a long shadow as far as the sixties, and a popular question was ‘what did you do in the war, Dad?’

At the start of this year I completed a contemporary thriller, except in April 2020 it is no longer truly contemporary. Unless a book is specifically a piece of period fiction, publishers like novels to be set in an ill-defined present so that they don’t date. As most of our novels will see peak sales in the first year or so of publication the ‘present’ is the actual present, although may be set in a vague parallel world where we invent our own head of MI6 or President of America for reasons of the plot. We are in reality still writing period fiction, with the period being the early 21st century. The technology used in novels such as The Girl With the Dragon Tattoo is very specific and serves to date the novel, much as an archaeologist will date a site with reference to the pottery it yields. Go back to the early books by today’s leading crime writers and there’s an absence of mobile phones, computers and the internet. Characters might refer to Vietnam or Thatcher or 9/11 or other historical bookmark in a manner which suggests how much time has elapsed since the event. My first novel Shadow in the Corn includes no explicit reference to when it is set, but a reader could deduce that this was the early 1990s.

Writers will hopefully soon be operating in a post-pandemic world. So I have three choices with my thriller manuscript. First, I can let it exist in a world where there was no pandemic, ignoring it much as The Archers has so far this year. Second, I could firmly decide it is a period piece, set one March sometime in the ‘teens, although this does create problems for the proposed sequels. Given I am not going to revise it as ‘pandemic noir’ set in March 2020, my third option is a light revision to make this clearly a post-pandemic novel in the style of the post-war novel. The crisis has happened, it is in the past and has affected the characters in ways that are painfully familiar to the audience; it does not need to be overstated. Then of course the work becomes a piece of futurism, almost science fiction, as I’d be writing about a world that has not yet come about.

For more about Jason, see his profile here.