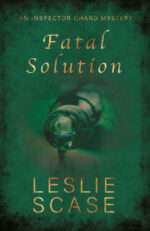 In this article I am going to express some of my personal views on the writer’s use of language in historical novels, both as an author and as a reader. By the use of language, I mean not just the words themselves, but the context in which they are used and the effect on the atmosphere that they bring to the page.

Outside of writing I am a bit of a ‘history buff’.  Unfortunately, when I do read historical fiction, I am often disappointed. The need for a good plot is common to all novels but when it comes to an historical setting it needs something more.

Notwithstanding the need to be factually accurate about historical events and background, they also need to convey the atmosphere of the period.

The difficulties that can arise were something that I was subconsciously aware of as a reader, but which I now have to think about ever so carefully as a writer.

To begin with, good writers of historical works will have done a lot of research, often much more than is really needed. The problem is, that having gone to the trouble of storing this information, the author must be tempted to put it all on the page. I certainly struggled with this initially, but thankfully it was sorted out in the editing process. Potentially good reads can be spoiled by too much detail and terminology, making them read like a university thesis.

Something that is really difficult to get right is the ebb and flow of conversation. I am not necessarily referring to the words themselves, rather the ‘feel’ of the dialogue. There are for example, some very successful historical fiction novels with dialogue that read like a 21st century military thriller. Speaking personally, that doesn’t work for me as a reader, because I cannot lose myself in the atmosphere of the relevant time period.  It is a bit like the radio panel game where they ‘sing one song to the tune of another’.

The issue isn’t an easy one, because often there is a balance that has to be struck. One thing that I needed to respect when writing my first novel, Fortuna’s Deadly Shadow, was that in the 1890’s conversation could be much more formal than it is in the present day. It is interesting that in French and Italian (and probably other languages) it is still customary to say Good Day before buying something in a shop. In Italian it is also expected that you say ‘You’re welcome (Prego)’ in response to someone saying ’thankyou’. Yet on the other hand, if you overdo the formality, then the whole book can become too stilted in conversation.

On to the use of specific words. As annoyed as I get with the acceptance of ridiculous slang words on TV’s Countdown, it does remind us that slang does exist and has always done so. The problem is, when do we use words or terms that are no longer in use or which had a different meaning in a previous century?  ‘Making love’ or ‘gay’ are easy examples of this. Other examples include the term ‘boyfriend’ which is post-Victorian and ‘disabled’ which meant a diminished mental state, (the physical meaning replacing handicapped, which in turn had replaced crippled, in the mid-twentieth century).

Use of too many long-forgotten words and phrases, however accurate, is definitely a barrier.  If I was to write in my novel that someone was ‘poked up at being caught doing the bear’ then I doubt it would help the reader (it means embarrassed at being caught hugging their sweetheart).

Finally, we come to the thorny subject that is the use of expletives. Did people swear extensively in bygone days? In polite society, definitely not. In impolite society almost certainly, but I reckon still not as much as the current era. I suspect that the young would no doubt have felt some extreme physical punishment if they swore at their elders.

In my opinion, using strong expletives too often loses their purpose and value. They should be used to shock the reader at a small number of crucial points. If they are used extensively throughout the book then the shock value has gone.

So, there you have it. To sum up, the author has a difficult task to perform. A balancing act between what historical dialogue would have sounded like, what the reader expects it to sound like, and what the author would like it to sound like. Hopefully we’ll all get it right most of the time.

Fatal Solution was published on 26 April 2021