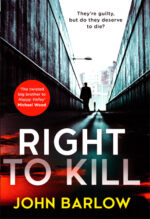 I’ve just finished reading Charles Willeford’s Hoke Moseley series. The four books, all set in 1980s Miami, are wildly, brilliantly idiosyncratic. As Elmore Leonard said, nobody writes a better crime novel than Willeford, although a lot have tried. For readers of crime fiction around the world, Willeford remains a beloved figure, and rightly so.

As a writer, though, I see his work somewhat differently. Quite simply, I don’t think he’d find a mainstream publisher for the Hoke Moseley series today. If you’ve been through the book submission process you’ve probably seen how much work literary agents do before publishers ever see a manuscript. Characters are discussed, appraised, re-written… plots are examined, analysed, the structure and pace of the drama carefully calibrated… all to make a book as marketable as possible. Then the whole thing starts again once an editor gets involved.

I don’t think Willeford would’ve had much truck with any of this. As a writer he’s a non-conformist, a carefree maverick, a one-off. But like his main character, the balding 40-something Detective Moseley with false teeth, no money and nowhere to live, he doesn’t do it deliberately. There’s just a lot of stuff he doesn’t really care about. And that includes offending readers or subverting their expectations.

Some elements are simply a matter of the period in which he wrote. His portray of racial tensions and stereotypes chimes awkwardly to us, and we might expect something a lot more nuanced and considered these days, especially by a white male writer.

But there’s other stuff that I think would definitely not pass muster with the gatekeepers of modern publishing. For example, Sidewipe (book 3) has two separate plotlines, with no intersection of characters at all, until about 30 pages from the end, when someone from one plot walks into the other and is shot. Hoke himself only gets involved in the crime when the main culprit is already dead; he wraps things up, but little more. ‘Bring him into the crime earlier, Charles!’ they’d cry. ‘The plots have to work off each other!’ It doesn’t help that Moseley opens the novel by sitting in his boxer shorts one morning after breakfast, peeing himself, then refusing to move or speak, surrounded by his teenaged girls and live-in Latina colleague (who all act as if this is pretty normal).

Meanwhile, New Hope for the Dead (book 2) is based on a classic murder mystery, which is solved through one solitary clue: our intrepid detective is having sex with his main suspect (as you do) when she attempts an unusual manoeuvre on a particularly delicate part of his body. It’s enough to tell him that she was a killer (don’t ask how, it’s complicated). ‘Charles,’ they’d say, ‘you can’t have an entire murder mystery revolve around men’s back passages! Rewrite! Rewrite!’

And there’s the dilemma for the modern author. Too ‘out there’ and you’re just minimising the chances that anyone (agent, editor) will take a risk on you. Play by all the rules, stick to the formula, and you might just end up sounding like everyone else.

You can find out more about John Barlow and his books here.