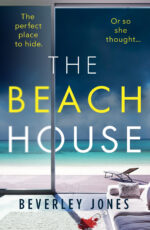 Once upon a time (in the 1980s), there was a little girl who loved adventure stories and was taken to the cinema for her birthday treat. This was something of an event, as it involved a long drive, the careful purchasing of sweets and the anxiety of hoping a really tall grownup wouldn’t sit right in front of her in the old-fashioned theatre. But once she was there, and the lights dimmed, she was transported to a wild seashore, through a tale of pirates and buried treasure, villainous escaped convicts and a deformed but good-hearted anti-hero called Sloth, who was as terrifying as he was heroic.

Some of you might have guessed that the move was Steven Spielberg’s The Goonies, set in Astoria, Oregon, in the Pacific Northwest of the USA. Over the years the VHS copy, recorded from the TV, was played endlessly on wet Sunday afternoons as the girl, me obviously, escaped to a land where a geeky, asthmatic kid called Mikey (who I definitely identified with) saves his family home on the Goon docks by using his brain and plucky determination.

Strange how my childhood love for a movie would inadvertently spark the story for my considerably darker psychological thriller The Beach House, on a road trip that led me to the Pacific Northwest. My husband and I had already been lucky enough to tour several of the USA’s breath-taking national parks, including Monument Valley and Yosemite, whose vast wild spaces became the setting for my sixth novel Wilderness (The Perfect Break). This story, now optioned for TV by Firebird Pictures, features an unhappy couple’s dream road trip through the American West that turns deadly. (Perhaps you can see a pattern forming here?)

Of course, my husband is also a Goonies fan, so, when I suggested we actually go to Astoria and make like Mikey and the gang, the childhood obsession became reality. In 2019 we rocked up at the mouth of the mighty Columbia river, by way of Seattle and Portland. Soon we were exploring the county jail where the villainous Fratelli brothers made their escape, getting our mugshots done and taking selfies in front of the famous sea stacks at Cannon Beach.

But nostalgia morphed into something else as we drove through the wild and rugged Oregon landscape. There was something hard-fought and hard-won about the communities clinging to that coast, a beautiful yet brutal forested landscape that dips down to the boiling Pacific, the very edge of the West you could say, before you meet nothing but ocean all the way to Japan. As my protagonist Grace observes, something about that serrated tree and cliff-twisted landscape has teeth ready to be bared on the unsuspecting traveller.

We soon learned about the pioneers like Lewis and Clarke, literally hacking their way along the Oregon trail to new territories, pushing aside the peoples who’d been minding their own business for millennia. Then we passed the white clapboard enclaves of the wealthy, as well as the rusted fishing towns industry has deserted, neither very far from the encroaching forests at the edge of every town limit. Soon a story took hold, because it struck me that the Oregon coast was exactly the sort of place people might end up if they were trying to hide.

Like Grace, who’s reinvented herself as an up-and-coming architect, building, of course, a beach house that she calls her ‘clean slate’ and fresh start. But then she comes home one day to discover an unexpected visitor has left her a strange set of gifts – a knife, a rope bound in a red ribbon and a pair of handcuffs – and there’s a body on her kitchen floor!

Everyone in Lookout Beach, the fictional town inspired by the smart towns like Cannon Beach and Manzanita, assumes it’s a pervert, a ‘home invasion’ interrupted. But Grace suspects otherwise, because she left her life in another small seaside village in South Wales for a very good reason. Maybe that reason has finally caught up with her.

As a keen traveller I’ve always been fascinated by the idea of how a trip can offer the opportunity to be someone else for a little while. Grace has gone a step further, reinventing herself as the good wife and good mother she wants to believe she is. But she soon learns that you carry your past with you, and the stories of your home town cling on through the years. Like the grisly tale that scared me as a child, visiting the beaches of Ogmore and Merthyr Mawr in South Wales, about an innkeeper called Y Cap Goch, (The Red Cap), who, in the nineteenth century, allegedly murdered and robbed his weary travellers, the drovers and packmen bound for Bridgend, and buried them in the inn’s grounds or dumped their bodies in the river.

This tale so fascinated me that I always wanted to find room for it in one of my novels. So here it is, becoming part of Grace’s childhood trauma and her adult nightmares too. The inn has long gone, but such tales, like the happier adventures of pirates and treasure, can exert a powerful influence on a youngster’s imagination – the stories change over the years but their power endures. As Grace is about to find out…

The Beach House in released in ebook on 24 June 2021 by Little Brown, and in paperback later in the year.