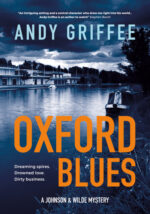 ‘Police Calls’ were one of my regular duties as a 20-year-old cub reporter on the weekly Poole and Dorset Herald during the early 1980s. It involved an early morning drive to the town’s main police station and waiting to be tossed titbits from the printout of crimes committed during the previous 24 hours. The CID officer chosen for this task usually affected to be both bored and annoyed at the same time. Nevertheless, it was a symbiotic relationship. The police hoped that advertising a crime might attract witnesses or whistle-blowers. And the local press needed to fill those hungry pages with the misdemeanours of their readers. The daily face-to-face interaction allowed relationships to develop and helped good reporters in their pursuit of bigger off-diary stories. ‘Police Calls’ rarely take place in the same way now – largely due to the relentless staff cuts on local newspapers and more tightly controlled press and media operations in the country’s constabularies.

This early experience of the thin line between the ‘boys in blue’ and the ‘boys in blue ink’ makes me fascinated to see it captured in crime fiction. Thankfully, it is no longer an all-male domain with wonderful women reporter/sleuths coming to the fore like Will Dean’s Tuva Moodyson, who is a reporter on a local paper in Sweden (Dark Pines), or Denise Mina’s Patricia ‘Paddy’ Mehan who works at the Scottish Daily News in Field of Blood.

It’s unsurprising to me to see reporters take their place alongside police detectives and private eyes as main characters in crime fiction. Many distinguished crime authors began their writing lives as journalists themselves, including Val McDermid (who has a reporter as her MC in A Place of Execution) and Michael Connolly.

Like me, the Swedish journalist and author of the Millennium trilogy, Stieg Larsson was given a typewriter for his twelfth birthday by his parents. His books were published posthumously after he died of a heart attack climbing the stairs to work when he was 50 years old. However, he put his fictional journalist Mikael Blomkvist at the centre of his fiction alongside the kick-ass computer hacker Lisbeth Salander. It may seem obvious that former journalists draw on the world they have worked in and feel they can depict realistically. But there are other significant advantages to be had from placing a news-chasing hack at the centre of crime fiction.

The tenacity and scepticism demanded of reporters as seekers of truth also comes in handy when they are in search of a villain instead of a story. Carl Bernstein and Bob Woodward displayed such qualities in their pursuit of both a story and a presidential crook. But it isn’t just the nature of the journalist’s character which matter. It is also their methods.

Unlike the police detective, the crime reporter has greater freedom to follow his or her nose. They are not bound by so many formal procedures or the requirements of the Police and Criminal Evidence Act. They aren’t tied by the same rules and can cheerfully cut corners that need to be carefully navigated by police detectives. Their burden of proof is less onerous than that needed to arrest someone and have them convicted in court. Their methods aren’t scrutinised to the same extent. People may talk to them precisely because they aren’t the police or officialdom.

My hero is Jack Johnson, a 46-year-old largely unemployed ex-journalist who travels the country on his 64 ft long narrowboat, Jumping Jack Flash. He is accompanied by Eddie, a plucky little Border terrier in the same kind of way that Tintin, another fictional crime-busting journalist, is joined by Snowy. Jack has moored up on the River Isis in Oxford and is quickly sucked into the murky world of County Lines drug dealing and sexploitation after the discovery of a strangled young woman in one of the city’s weirs. But one of the central questions of the book is how far should he bend the rules in pursuit of the truth? He breaks and enters into private property (twice), removes vital evidence from a crime scene (twice) and, arguably, prompts a vital witness/suspect to kill himself. No wonder the police are rather cross with him! The line he is treading is a tightrope and it’s wobbling quite a lot.

But perhaps we can forgive Jack because he isn’t motivated by the need to write a story. He isn’t committing crimes to get a picture by-line and a salary increase. He is motivated by his outrage at the idea of powerful people and evil criminals exploiting the weak and vulnerable. But when morally crusading journalists get caught between organised criminals and angry police, it usually makes for a good story. I hope you think so too.

Oxford Blues by Andy Griffee is published by Orphans Publishing on 15 July and is the third in the Johnson and Wilde crime mystery series, which also includes Canal Pushers and River Rats. Andy began his career in newspapers before going on to work as a journalist and senior manager at the BBC for 25 years. Find out more about Andy Griffee and his books here.