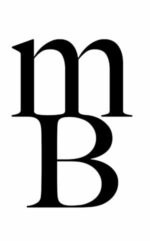 Murder at Roaringwater is the inside story of a young Frenchwoman, Sophie Toscan du Plantier. In this notorious and unresolved crime, the victim seemed to have a premonition of her own terrible end.

For six years, Nick Foster has been piecing together the life and death of Sophie, who was brutally killed outside her cottage in the remote West Cork countryside in 1996. He also developed an ongoing ‘friendship’ with the Englishman long-suspected of her murder, Ian Bailey, and his partner, Jules Thomas, the couple at the centre of the case.

This story is as fascinating as it is tragic. Foster takes the reader to Paris and Ireland during his investigation into the circumstances surrounding Sophie’s murder, his quest to reveal her killer and his efforts to understand what the motive could have been for such a terrible crime. In 2019, Ian Bailey was found guilty of Sophie’s murder ‘in absentia’ in a French courtroom.

Murder at Roaringwater, released earlier this summer, coincides with two new documentaries due to air on Netflix and Sky soon exploring this historic case in the lead-up to the 25th anniversary of the murder.

“How can a man be found guilty of murder in France, and yet in Ireland there is not enough evidence to charge him?

Since I first heard about the murder of Sophie Toscan du Plantier in a tiny, isolated settlement in County Cork, I thought it looked like the perfect ‘locked-room’ mystery. And it was – and still is – a very European, and a very contemporary, murder story. But what I couldn’t have imagined was the rollercoaster ride of false leads and improbable clues that ultimately led me to my own conclusion about the circumstances of the crime and kept me guessing until close to the end of my investigation.

In December of last year, just before I sent my manuscript of Murder at Roaringwater to the publisher, I got an anonymous tip-off about the crime, which could well be the missing piece of the puzzle. I left a clue to this new line of enquiry in the book, to show Sophie’s killer where I will be investigating next. I’m confident no other reader will spot it.”

Murder At Roaringwater by Nick Foster, published by Mirror Books is on sale now.

Joey O’Callaghan was just 18 years old when he became a ghost – the youngest ever person to be signed up to the Witness Protection Programme.

Groomed into a drug gang from the age of 10, a cold-blooded assassination sickened him to his core, and he broke the golden bond of gangland silence.

The evidence he gave won murder convictions against two of the most violent drug bosses in Ireland.

Relocated to England with a new identity, Joey had to face the world alone, and soon realised it was he who had received a life sentence. Fifteen years on, the ripple effects of the gunshots that rang out that night continue to leave a devastating legacy for everyone.

The Witness, Joey’s compelling and truly honest story, is written by Nicola Tallant, the foremost authority on gangland crime in Ireland. A journalist for 20 years, she is the three-time winner of the prestigious Newsbrands Crime Journalist of the Year Award and currently holds the title. Nicola is also host of the country’s top crime podcast Crime World.

Nicola says: ‘In writing this book I wanted to take the reader right into the dark heart of gangland, a place where a bullet in the head is just another way of doing business. The Witness is undoubtedly the most extraordinary story of my career. Joey “The Lips” O’Callaghan was groomed into the underworld as a young child but as he became a man he broke all the rules and his story is a testament of how good can win out over bad.’

‘Gritty, terrifying and the most incredible true gangland story you will ever read. The Witness is hard to put down but will be harder to forget.’ – Donal MacIntyre

Now in conjunction with the new paperback, The Witness: In His Own Words has launched – a powerful 10-part documentary podcast series available on all podcast platforms.

The Witness by Nicola Tallant, published by Mirror Books is on sale now.

Click here to find out more about Mirror Books and their titles, as well as a link to their website to buy Murder at Roaring Water and The Witness.