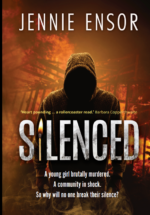 ‘Entering the secret world of urban gangs’ by Jennie Ensor

What goes on inside closed groups has always fascinated me – whether it’s a dysfunctional family unit, an urban gang or a Metropolitan Police murder team. All three feature in my fourth book, Silenced.

What would happen, I wondered, if a teenage boy, derailed by grief after his mother’s death, was drawn into an exploitative gang? And what if both he and a girl that he becomes close to fall under the influence of the gang’s leader?

Two of my three POV characters, 16-year-olds Luke and Jessamine, become friends at school before being drawn into the heart of Skull Crew, a gang making money from extortion and selling drugs. In parallel with the teenagers’ story, my main character, DI Callum Waverley attempts to break the silence surrounding a murdered schoolgirl, which he believes was carried out on the gang leader’s orders. After he’s subjected to anonymous threats, he starts to suspect that someone on his team is not what they appear to be…

Doing the research
The police corruption thread was inspired by books such as Drug Wars: The terrifying inside story of Britain’s drug trade by Neil Woods, which describes the author’s experiences as an undercover cop and the impact of illegal drugs on policing.

The police procedural research I did for this was challenging enough. (Fortunately I had help from the crime fiction author/advisor Graham Bartlett, along with a Met detective who polices gang crime). But finding out what goes on inside gangs was even more of a challenge. Much of what goes on in them is only known to their members; as Jessamine says, gangs are a bit like the Masons with all their hand signs and special words and whatnot.

Admittedly, I became fascinated by gangs. I started my research by reading media reports of local gang-related crime; chilling instances of local violence and intimidation by groups with names such as NPK (Northumberland Park Killers) inspired my sinister gang leader, V. I looked up on Wiki and Quora everything from Santeria to zombie knives and ‘the rules of drug dealing’. I watched true crime documentaries and You Tube videos posted by gangs.

Gang culture and lingo
To learn more about gang culture and lingo, I consulted slang dictionaries such as London Drill Dictionary, became a fan of Netflix series Top Boy and devoured academic books on gangs. Transcripts of interviews recorded with gang members in How Gangs Work: An Ethnography of Youth Violence by James Densley helped me get an ear for the language I might put in the book. (Although, of course, how people speak depends on who’s listening.)

British urban gangs, I learned, come in varying levels of complexity, up to ‘enterprise’ level (and have interesting parallels to corporate practices). They can contain a single ethnic group or multiple ethnicities. They tend to be composed mainly of males; females are found at lower levels in the gang hierarchy.

In his book The Street Casino: Survival in violent street gangs Simon Harding compares gang membership with its strategic game playing (e.g. earning one’s ‘stripes’), constant risks and uncertain rewards to high-stakes gambling. Reading the chapter on the roles of girls inspired part of my book – apart from the possibility of being exploited sexually, girls may be used for purposes such as carrying/hiding weapons and drugs. Although girls tend to use their social skills to advance their position within a gang, they may also be coerced to target those who have transgressed a gang’s rules.

Talking to gang members
I realised I’d need to talk to gang members myself; some topics, such as gang initiation, no one seemed to know about. To find a setting for my fictional gang I visited council estates such as the notorious Broadwater Farm Estate near Tottenham and chatted to some residents who looked like they could have a first-hand knowledge of gangs – yes, an ethical minefield! 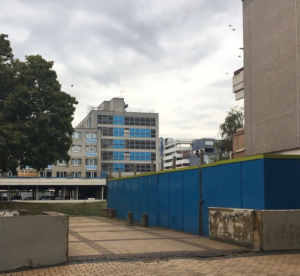 On my first visit, I took a female friend with me. One kid we chatted to asked if we were undercover cops; we learned that the day before a 15-year-old boy had been stabbed outside the estate. As a middle-aged white female, I admit I sometimes felt apprehensive walking around parts of ‘the Farm’ on my own (where I noticed several drug dealers but few older white women) and wondered how much caution to take when approaching potential interview subjects.

In the event, most of those I talked to were pleased to help. I met a dealer who told me about his experiences inside a north London gang. Though reluctant to answer certain questions, he did tell me several hair-raising anecdotes, one or two of which sneaked their way into Silenced. Another man who had been involved in gangs told me he still carried a knife everywhere for protection.

Paul Dayes, director of the charity Exit Foundation (which helps young people to leave gang life) helped me hugely with my research, answering my questions in detail and setting up meetings with several young former gang members he was mentoring. Paul arranged for an ex-gang leader to read some of my draft novel, who corrected areas of confusion, such as the mechanics of large drug deals, which surreally we discussed from the basement of a Walthamstow multi-storey car-park – it was raining, during lockdown, and no pubs or cafés were open!

Finding a publisher
Then it was time to find a publisher… To be honest, I began to wonder whether finding a publisher for a novel with urban gang member characters – and a mixed-race black Caribbean-white boy (Luke) – might pose a greater challenge than that posed by my research.

One publisher rejected my novel partly because of ‘the language’. This led me to cull some gang slang and Jamaica-originating patois including words like ‘mans’ and ‘mandem’ – though there is still plenty of urban slang and bad language! Fellow writers suggested I might be criticised for writing characters who had different backgrounds to my own – and did I want to be accused of writing insensitively toward minority groups?

However, I’d always envisioned Luke as a dual-heritage boy and I wasn’t going to change that. Also, my fictional gang is based on a fictional estate in an ethnically diverse part of north London; for authenticity, most of my gang members had to be of non-white backgrounds.

I did my best while writing Silenced to convey the motivations of most of my characters and to inhabit their worlds as fully as I could – readers will have to judge how well I’ve done that. (A prequel short story, ‘Saviour’, describes how Skull Crew began and the rise of its leader.) Fortunately, I found a publisher – Hobeck Books – who is wholeheartedly behind Silenced and willing to embrace any risks involved bringing it into the world. I’ve certainly learned a great deal through writing this book. 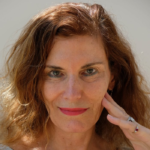 This article was first published in the January 2022 edition of CWA’s members magazine Red Herrings.