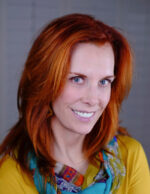 For the Good of the Game, by Twist Phelan

I’m getting ready for the game, trying not to listen to the whispers around me.

The rest of the team still can’t believe I did it. The new owner doesn’t have a clue I’m guilty. But the team knows.

It’s not that they think George didn’t deserve to die. They’re even treating me like I’m some kind of hero for killing him. It’s just that they can’t understand me doing it for someone else.

Hey, if it was anybody but Chico, I would have let it go. But Chico, he’s one of the great ones. My hero since I was a knock-kneed youngster dreaming of playing. I had to do it. For Chico. For the good of the game.

Listen to how it was. Maybe you’ll understand what they can’t.

It was my second year in the game. After a good rookie season, I was picked up by George Saban. He was putting together a team to make a run at the national championship. I couldn’t believe my luck: not only was I in the big time, but I would be playing with Chico. Voted best at the national championships three times, he was the backbone of our squad. Although he had been playing in the States for the past ten years, he hadn’t lost any of the skills the Argentineans are famed for. At his peak, no one could outsprint him or turn faster on the ball.

Now he might be a step behind the pace on some days, especially when his knee’s a little touchy, but he’s still more of a player than what you see running around the fields these days will ever be. And the advice he gave us young fellows! “Drop your shoulder a bit; it helps you take the impact”; “Follow your opponent’s head; he’ll lead you to the ball.”  Things it would take us seasons to learn he graciously shared.

George just couldn’t see that. All he cared about was winning. A national championship, no less. He thought if he took some of that money he had piled up from his fried chicken chain and bought himself a first rate string, a top trainer, and the best equipment, the trophy was his for the taking.

So he worked us hard. And he expected Chico to do the most. He’d put him in during the most important periods, when the best of the opposition was lined up against him. And then he’d curse Chico in front of the whole grandstand if he got beat to the ball. Never mind that George, who insisted on playing, too, was the one who had slowed the effort. (George ate at one of his Frontier Chickens a couple times a week. “Quality control,” he called it. By the look of his girth, he sure wasn’t practicing quantity control. Of course, he never asked the team to join him. Not that I minded. I’m strictly vegetarian, emphasis on whole grains, although I do enjoy the beer we’re allowed after Sunday games.)

As we got closer to the championships, practices became more brutal. Bloated face contorted, George bellowed at us until our ears numbed. “Come on, Major, move it!” he screamed at me, even though I knew I was running the fastest of my life. His meaty hands landed stinging slaps on our shoulders. He spurred us on when we were already wheeling for the turn. Chico bore the brunt of the abuse. George rode him harder than the rest of us put together. Several mornings I saw that Chico was clearly limping; his bad knee acting up. Instead of sending him back to rest or calling out the doc, George insisted he practice. “You’re going to cripple him!” the trainer protested. “I paid all that money for him to play, not watch,” George snarled back. It was as though he took Chico’s talent as an intentional insult to his mediocrity. George seemed to think if he could find the champ’s limits, he’d be the better man for it.

During the qualifying rounds, things got worse. Chico kicked in the winning goal after George had tried and missed, sending us to the second round play-offs. The crowd hooted, with more than a few folks calling out to George that he was lucky to have Chico backing him up. On the sidelines after the game, with the rest of the team congratulating him on the play, Chico leaned against the team trailer with his head down and eyes closed while the trainer iced his sore knee. George strode up behind him, face flushed even more than usual. Without warning, he grabbed Chico’s headgear, giving it a vicious yank and wrenching Chico’s weight onto his injured joint. “Don’t ever make me look bad again. Ever!” he said through clenched teeth. When Chico saw the look on my face as I watched George’s retreating back, he moved to my side and said softly, “Forget about it, Major. Nothing you can do will change things. Just do your job and play the game like you been playin’, man.”

The morning of the semi-finals, I was half dozing while the trainer finished wrapping my legs. The rest of the team was already warming up. A peculiar odor wafted my way, making me snort and rousing me from my reverie. It emanated from a stranger who was standing around the corner.

“He just didn’t pan out like I thought he would.”  I recognized George’s voice. “After the finals, I want him gone.”

“He’s nothing special to me, you understand.” the stranger said. “I’m looking at this as a straight marketplace transaction.”

“I understand. I’m accepting your offer. You can collect him after the championship.”

There could be no doubt whom they were talking about. My heart lurched and I kicked out in anger, surprising the trainer. “Easy there, Major. What’s got into you?” he said.

“Didn’t you hear?” I wanted to scream at him. Chico had earned the right to retire to green pastures. Instead, George was selling him off to every player’s nightmare. I knew what that smell meant. That’s when I knew I had to stop George. For Chico. For the good of the game.

As we walked onto the field for the national anthem, the crowd hushed. The flags snapped in the wind, causing a few of us to jump. Ladies held on to their hats and hemlines. Champagne glasses clinked in toasts to the match. Our red and white uniforms contrasted sharply with the brilliant green field. Standing like sentries at either end were the goalposts. I had decided those wooden uprights would be the judges today. Not only of which team won, but also of George’s—and Chico’s—fate.

Play started slowly. Both teams were nervous. The ball took a bad bounce, ending up in front of George and me. We pounced on it. Running down the field, I kept the defender at bay on the left while George kept the ball going to the right. To stay with me, George had to lean over to reach the ball.

Again and again he signaled me to move to the right. I ignored him. Even when he made the pain unbearable, I held my bearing. The defender was at my shoulder, trying to bump me over the ball.

The goal posts were within sight.

George tried one more time to veer me right into position, but I stayed on my course.

My opponent dropped his shoulder, trying to lever me to the right and out of the mouth of the goal. We were going flat out.

George leaned over more, determined not to shoot it wide. He was poised to strike.

The defender gave a last push.

A step before the goal line, I let him take me right.

The goal post grazed my shoulder as George’s head hit it at full speed.

Now all I want to do is my job. To play the game. And I hope when it’s my time to retire, if I’ve earned it, I’m treated fairly. For the good of the game.

new team to try for championship

Thomas Linscott has picked up the late George Saban’s string in the hopes of making a run at the national title. Saban was killed last fall during the semifinals of the US Open.

Linscott’s acquisitions include Chico, chosen best playing pony at three prior finals, and Major, the horse Saban was riding at the time of the accident.

“After his knee heals up, Chico’s going to teach my son to ride, and then there’s a pasture with a little stream and a lot of shade trees waiting for him,” Linscott said. “No glue factory for this fella.”

When told other players were reluctant to bid on Major after what happened to Saban last season, Linscott laughed.

“Major is one of the best polo ponies I’ve ever ridden: quick off the mark and turns at the touch of the rein or boot. I was at the semifinals last year. It looked to me like George was concentrating so much on making the score he wasn’t watching where he was going. I mean, it’s not like the pony ran him into that goalpost on purpose.”