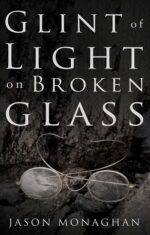 Fears of a Clown by Jason Monaghan

It was a good night to be a serial killer. I chose a character from an old slasher movie, the one who wears an ice hockey mask and goes around killing teenagers for no particular reason and gets away with it for sequel after sequel. Getting away with it would be good.

The Hallowe’en Spooktacular was held at one of those working men’s clubs built in an age when steel and coal was the local mainstay. I’d never been there, but my wife for some reason had this nostalgia for her hometown and had fled north. She actually used that word ‘fled’ in a social media post at a time before she realized I could still read them and blocked me, deleted me or whatever. I was by that time posing as another of her so-called friends, achieved by a very amateur piece of identity theft. People are so careless with their data. So, I knew she was coming to this Halloween gig six weeks ago and surely, she’d be coming with that Joe.

Everyone was in costume. Well, perhaps eighty per cent of the three hundred or so who ranged across the club were in disguise, sharing little tables in the back half of the room or bunching up on long medieval-style trestles running towards the stage. And there she was, the female vampire, Countess Dracula, the Queen of Darkness, more or less in the dead centre of the room on one of the long tables. That bunch around her must be the friends who had pulled her away. One was a pirate – how was that scary? Another was some sort of zombie and next to her sat a creepy nurse. They were all women.

So where was Joe? Where was the family wrecker, the man who had torn her away? The one whose name she had thrown at me down the phone one day, as if he could offer anything that I couldn’t. She’d never shared his picture online, but perhaps he was social-media shy. Or he was a lurker, one of those people who haunted sites but never showed themselves. Creep.

The DJ abandoned his set and an ear-rending squeal of guitars heralded the arrival of Rael and the Slippermen, a cod-seventies prog rock outfit. None of them were old enough to even remember the seventies. Neither was I and neither was she, so what the hell was she doing playing the rock chick? Edging forty, she should know better.

Joe must be the one who had dragged her down this path, so where was he? I hung by the wall, a psychopathic wallflower between Frankenstein’s monster and a clown. Gosh, a clown. She was close, and very well made up. I recognised the film she’d based the costume on, it’s the one where the clown lurks in a drain and pulls children in. I’d turned it off at that point. Not that I’m namby-pamby scared of clowns, but they are creepy. Supposedly funny but sad, they hide life’s misery behind a white-painted face and red-painted lips.

Her lips looked good, actually. She glanced my way before grabbing at one of those vape things, touching it to her mouth and hiding it away again. She was a rebel too – the signs said NO SMOKING OR VAPING. God that music was loud! I should know that song, but no…

Where was Joe? Even if I had his photograph I couldn’t tell if he was that feeble attempt at a dinosaur, or the Dracula, or that other Dracula by the bar.

The clown swigged from a bottle of Mexican lager.

I shuffled, uncomfortable in the one-piece boilersuit that needed to be larger and that cheap joke shop ice-hockey mask really constricted my view. How could men play a serious sport in something like this? How was I expected to keep an eye on my wife and the clown at the same time? And the sound system left so much to be desired. Too much bass, and teeth-shuddering feedback from that guitar solo. Give me a little Mendelssohn anytime. Not that I could get her to listen to Mendelssohn. She was singing along now, with her friends, so the whole conspiracy of them somehow knew the words. All those women must be old friends from school or maybe colleagues from her new job, but they were not the immediate problem. Right now, I needed Joe to appear. Even if he wore the deepest disguise I’d spot the way he talked to her and how her body language would change as she talked back, and the way they would gently touch, and he’d buy her another drink. And then I’d make my move.

Women had their drinks spiked all the time in places like this. A bit of over-spiking could cause what, brain damage? A lingering coma? Death? It took a little research, but I’d been careful not to use my own computer. I mean a Google search for ‘date-rape drug’ or ‘fast-acting poison’ was going to send me straight to the Old Bailey. I was careful, and I’d had six weeks to plan. Those serial killers in the slashers just wade right in with their knives and cleavers but here in the real world I had to plan.

For instance, I couldn’t spike that clown’s drink. She held the bottle by the neck and swayed to the beat, if there was a beat amid the crazy cacophony of instruments. Her eyes looked off into the distance, plotting which children she would abduct. Those kids dancing down the front must belong to the band members and jigged around oblivious to what the clown was plotting.

The husband is always the prime suspect when a wife dies suddenly. The police knew that and I knew that and anyone who watches TV crime shows knows that. It would be hard to prove that I was here, I was just the hockey-mask killer who had paid for his ticket by cash, but I’d still be the prime suspect in that interview room for day after day until they broke me.

But if Joe were to drop dead… I don’t know him, there’s no proof I know him and I was never here. He’s probably on drugs anyway if he hangs out with these freaks and brings my wife to grim clubs like this place. Around my waist I wore a builder’s belt from which hung plastic handcuffs and plastic instruments of torture but the phial marked ‘poison’ contained real poison.  All I needed was the chance to use it. I also needed a drink, and I needed some fresh air.

I bought a pint of cider to clear my throat and settle my nerves and marvelled how cheap the prices were up here. It would be impossible to drink wearing that mask, so I went outside and slipped the mask to the top of my head. I rested my back on the wall, taking in the view of the car park and a waxing moon and took a gulp, then another. My nerves steadied. That is, up to the point where the clown joined me. Out here she could suck the vape thing without guilt. I guessed she was a few years younger than me. She might be attractive beneath the fake red wig and the ruff, but I glanced away as she noticed me noticing her.

I just made a cider-drinking grunt. Nobody must remember me, not even a clown, here on her own, with nothing to do but select her next victim. I hurried inside, cider still only a third drunk, pulling my mask back down. The band had slipped into Hallowe’en night favourites and were playing ‘Monster Mash’, and the Queen of Darkness still sat without a male escort. I set down the cider on a ledge that ran around the wall and re-adjusted my mask, frustrated if my plan was going to fail because that slob Joe was already drunk and asleep, or doped up in his dive, or worked some sad job on the night shift and stood my wife up without even the good manners to tell her. She was drinking white wine from a glass. Possibly, just possibly, I would get away with brushing past her and dropping my drops into her drink, but it would be so much better if I could kill Joe. In her distraught state she’d run back south to me. He must have so many enemies the police wouldn’t know where to start.

I took the phial marked ‘poison’ from my belt and checked it was still there. I mustn’t fiddle, I might spill it, or get it onto my hands. Every touch leaves a trace as the CSI programmes informed me.

‘Come on, Joe,’ I urged beneath the overbearing noise.

The clown re-appeared, taking up her station to my left, just as she had before. Afterwards, she might follow me home, or back to my car parked four streets away to avoid suspicion. It was the risk I took.

‘Poison?’ she mouthed, taking my flask from me. I could barely hear her words.

‘Put it down!’ I could barely speak through the mask, so batted her hands toward the little ledge. She complied and laid the phial to rest and smiled a crooked clown smile.

Just one more number before the break, the werewolf-man lead singer bawled, and the crowd cheered or jeered or groaned. My anxiety increased over the absence of Joe and the surfeit of clown. The set ended and the lights went up and my vampire-wife moved off towards the ladies’. She made a very alluring vampire queen. That long black hair was all hers, and she had the tall, slender figure to match. It was so hot in that mask. I needed a drink, and more oxygen.

I took up my cider, then almost as an afterthought the poison phial. The clown had gone –thank whatever gods the band worshipped. I went out for air, slipped up that mask and downed the cider, gulp after gulp after gulp. What now? What was my plan now?

Sinking to the ground seemed like a good idea. Slowly, slowly down the wall I slid so at last I was sitting on the cold October concrete. That was better. I’d have another sip, I’d finish the glass, I’d let it roll away from me. The night was cold and the skies clear and the fuzzy moon smiled down on me. Oh, beauty and calm. Calm was good, beauty was all I wanted.

Not even the clown scared me now. I could see her, blurry and indistinct, then a vampire queen coming close. I felt her touch, I knew her scent. She drew back and gripped the clown by the arm.

The clown said nothing, and it grew dark.