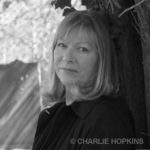 It was so easy a child could have done it.

The killer sat back and sighed with the sort of pleasure that comes from acknowledging superiority over the rest of humankind and a certainty that they would never be caught. It had taken some planning, mind, but then with time to kill (a chuckle escaped at the thought of the phrase) that was never going to be an issue.

The news headlines had been utterly predictable:

Alliterative to some degree, like most reporters seemed to prefer, it was nonetheless a pretty banal kind of statement. So, what now? Dropping the paper onto a table at the side, a sigh reverberated around the stuffy room. All these weeks of anticipation had been far more thrilling than the actual event and now a sense of anti-climax was beginning to set in. Perhaps the action might be repeated? And if so, who might be the next victim?

Detective Superintendent William Lorimer walked through Kelvingrove Park, Professor Solly Brightman by his side. It was a spring day when everything seemed to be bursting forth into life and for a few minutes the detective could forget about the case they’d been discussing, breathing in the fresh scent of newly mown grass.

“Why were there no other marks? That’s what I want to know,” Solly said, breaking his companion’s reverie. “An habitual drug user would have left other tracks. Surely?”

Lorimer shrugged and heaved a sigh. “First timers can sometimes miscalculate the amount they inject,” he replied.

“But he was a doctor,” Solly objected. “He was used to measuring drugs accurately.”

“Halford had no reason to kill himself,” Solly continued. “You told me that yourself.”

“No reason that we know of,” Lorimer admitted. “But perhaps we need to delve a little more deeply into his past.”

“He was well liked by everyone who knew him, no money worries, contented family life… ” Solly murmured.

The two men stopped and gazed towards the pond as a couple of moorhens launched themselves from the bank, arrowing across the water towards the little island.

Solly gave no reply but continued to stare into the distance, a habit that Lorimer knew meant the psychologist was deep in thought.

It was three days now since Andrew Halford, a consultant orthopaedic surgeon, had died suddenly at the Queen Elizabeth University Hospital where he had worked. Since then there had been a post-mortem, as was normal for any sudden unexplained death, the toxicology report showing a massive amount of morphine in the man’s blood, enough to have killed him several times over. The strange feature of this was where the deceased had been injected. The tiny mark at the back of his leg, just below knee level puzzled the investigating officers who were under instructions from the Crown Office to examine the case closely. The doctor had been right-handed and the syringe had entered his left leg, not something that would have been easy to accomplish had it been self-inflicted.

“We need to look further back,” Solly murmured at last as they headed along the path. “See if there was anybody in his past who held a grudge enough to kill him.”

Lorimer nodded. It was a conclusion he had already come to and now he hoped that the insight his friend might offer could crack this mysterious case. A frown creased his brow. Who would want to kill a man like Andrew Halford? Someone who made lives better for so many people. It simply did not make sense. But then the detective superintendent had seen many murder cases over his career that began with a question like that and he knew it might take a bit of lateral thinking to solve this one.

The CCTV camera footage had already been looked at in great detail by members of his team but Lorimer decided to view it for himself, just to see if something had been missed. The corridors of the hospital were familiar after hours of looking closely at the film; nurses in white trainers passing by, porters pushing their patients along, some lying in beds, others in wheelchairs, patients and visitors alike walking to and fro.

It was as he watched the doctor striding along the corridor yet again that he saw it. For a moment he blinked and rubbed his eyes. Then, rewinding the tape, Lorimer slowed it down then pressed the pause button.

When the doorbell rang, she scowled. Surely they knew to open the damned door with the key that resided in the box? Every carer had been given a code so she wouldn’t have to struggle to open the door herself.

Muttering curses under her breath, the old woman moved towards the door and yanked on the handle.

Standing on her doorstep were three police officers, two in uniform and one tall detective in plain clothes.

“Samantha Corrigan?” the tall man asked, fixing her with a piercing blue gaze.

The detective held out his warrant card and bent down so she could read it.

“I am arresting you on suspicion of murder,” Lorimer began. The rest of the words he spoke were lost in the scream of rage that issued from her mouth.

“When did you think of a wheelchair?” Lorimer asked Solly later.

“It was the level of the entry wound,” Solly explained. “As if a small child had reached out and killed him. Then you saw the old woman pass him by in her wheelchair.”

“Stabbed him with that syringe hidden up her sleeve,” Lorimer added. “Who’d have thought it, eh?”

“She blamed him for the knee replacement operation that left her crippled,” Solly said. “Spent all these years in pain in a wheelchair, bitterness welling up in her until she had a chance to take her revenge.”

“It was too easy,” Lorimer murmured. “So easy a child might have done it.”