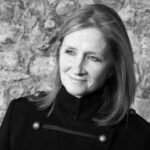 Sharon (formerly SJ) Bolton grew up in a cotton-mill town in Lancashire and had an eclectic early career in marketing and public relations. She gave it up in 2000 to become a mother and a writer.

Her first novel, Sacrifice, was voted Best New Read by Amazon.uk, whilst her second, Awakening, won the 2010 Mary Higgins Clark award. In 2014, Lost, (UK title, Like This, For Ever) was named RT Magazine’s Best Contemporary Thriller in the US, and in France, Now You See Me won the Plume de Bronze. That same year, Sharon was awarded the CWA Dagger in the Library, for her entire body of work. In 2016, Little Black Lies won the Dead Good award for the best twist.

She has been shortlisted for the CWA Gold Dagger, the Theakston’s prize, the International Thriller Writers’ Best First Novel award, the Prix Du Polar in France and the Martin Beck award in Sweden.

With twelve books to her name, Sharon is a Sunday Times bestselling author and has been described by that newspaper as being ‘unable to write a sentence not suffused with menace.’ Her thirteenth book, The Split, will be published in April 2020.

Sacrifice has been made into a Hollywood film starring Radha Mitchell, Rupert Graves and David Robb. The Craftsmen and the Lacey Flint series have been optioned for TV.

She is often seen walking around her home village, in the Chiltern Hills, usually with her lurcher, Lupe, hatching fiendish plots and turning neighbours into characters.