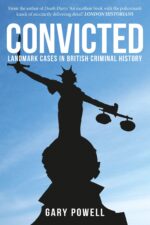 Once a conman…, by Gary Powell

Alby Sloper eyed the magnificent diamond with professional expertise as the three-carat jewel sparkled under carefully sited display lights that amplified its beauty. He knew the precious stone’s every cut and polished surface.

He scratched at the irritating newly grown beard covering his ample face; crisp blue eyes glanced through the plain glass of his gold-rimmed spectacles at a Rolex watch wrapped around his left wrist. The final phase of his complex plan was approaching fast.

The South Londoner worked maybe five times a year; each job took him at least one month from conception to execution, his preparation always meticulous.

Alby, or Albert – as his mother insisted on calling her son – started work aged fourteen as a barrow boy in Brixton market. The streets of Brixton, in the late Fifties, were a tough place to earn a living and Alby quickly learnt how to survive. His father – Albert senior – had died aged just forty-two. Mum Rose suffered with ill health for most of her life, mainly chest complaints caused by London’s pollution and a sixty-cigarettes-a-day habit.

After a year of loading fruit and veg on and off a barrow in all weathers for little remuneration and minimal prospects Alby had a change of career. His dad’s brother – Uncle Arthur – worked for the post office in Camberwell and offered his young nephew a job as a messenger boy with a smart uniform, his own bike and £1 a week more.

He first met the Cohen brothers when making a rare expedition across to the north side of the River Thames to deliver an eagerly awaited parcel. Unfamiliar with the geography he was directed to Greville Street just off Hatton Garden – London’s premier diamond centre. The building, which was drab and run down, had a large black front door, its paint splintered and flaking. The only clue to the brothers’ existence was their names faintly engraved on a small brass plaque turned a pond green colour by the city’s toxic air. The Jewish siblings’ workshop was located on the first floor.

This particular day the young messenger had pedalled through driving rain – he was drenched down to his string vest and underpants. Siddy Cohen guided Alby up the rickety stairs to his first-floor workshop and sat him by the open fire with a mug of boiling hot black tea and wrapped him in a rough woollen blanket. His brother Manny served him slices of toast smothered with fresh creamy butter – it was delicious. Alby was mesmerised by the array of precious stones that lay, like pebbles on a beach, on the various worktops. They glistened in the flickering light of the fire revealing all the colours of the rainbow. Within a week Alby had become the Cohen brothers’ first ever apprentice and there began his lifetime love affair with diamonds.

Alby enjoyed the hustle and bustle of the City of London. He found the social divide between the two sides of the river bewildering at first, but then exciting – it was a different world. He would often spend his lunchtime wandering around Hatton Gardens’ many jewellers admiring the variety of precious stones and the diversity of different styles in which they had been cut and prepared for the commercial market.

During his long apprenticeship Alby learnt how to cut and set precious stones – mainly diamonds. Manny Cohen was the public face of the business; Alby loved listening to him buying and selling his merchandise. His brother Siddy was the craftsman who rarely ventured from the workshop and treated Alby like a son. Siddy started his eager young apprentice on custom jewellery. explaining that many of his regular customers ordered fake copies of the precious item they were purchasing for security purposes; this practice placed a seed in the impressionable youngster’s mind which, over the years, flourished into a master plan.

Alby pulled off his first job at the age of thirty-two. He immediately resigned from Cohen and Cohen and began a life of criminality providing him with riches beyond his wildest dreams. He now wore Saville Row suits, hand-made Jermyn Street shirts, finest leather shoes and Italian silk ties. Further successes on his chosen career path led to a house in the more salubrious area of Blackheath. Alby never sat back on his laurels; he crafted his scam to perfection from elocution lessons to rid himself of his south London accent and weekly sunbed sessions to the art of disguise and the practice of sleight of hand.

Pulling up the collar of his Burberry raincoat against the chill wind gusting down Hatton Gardens from the direction of the River Thames, Alby took a moment to remember the day that changed his life all those years ago. The premises of Cohen and Cohen diamond merchants had long disappeared under a tower of glass. Both brothers had died within two years of each other. He had regularly visited the old boys in their final years, making their lives as comfortable as he could.

An argument between a black cab driver and a cyclist shook Alby from memory lane in his head back to the reality of the present. The jeweller’s family name etched in gold lettering across the shop’s window read: ‘Solomon established 1895’. The diamond that Alby had chosen was enchanting, a prism separating white light into a spectrum of colours that took his breath away; a tacky white handwritten label informed any prospective purchaser of its £62,000 asking price – Alby had no intention of paying a penny.

It had taken the conman two days trawling from shop to shop to identify his next target. Times had moved on from the days of covertly concealing a camera in a shoulder bag to record the images he needed to utilising his mobile, giving him the advantage of enlarging the images on his laptop at will and with ease.

Once he had settled on this particular stone, he had to move fast. Alby had built up an impressive list of underworld contacts throughout south east London. His first step was to find a buyer for the ring. Having secured a buyer he would ask for ten per cent of the agreed price up front to purchase the materials he needed to create an exact glass replica of the diamond and setting.

A young, heavily pregnant woman stood to his right looking enviously through the shop window at items she would never be able to afford. Her bleached blonde hair was straight and shoulder length, damp from a recent shower. Rose red lips smiled sweetly at Alby who gave her a cheeky wink and turned his attention back to the brightly lit shop interior. He glanced impatiently at his watch again and mumbled under his breath; he would have to move on soon if he didn’t want to draw attention to himself. His heart started to beat faster as he spied the assistant manager slipping his dark overcoat on and leaving the shop for his lunch break. Alby took a deep breath, pressed the entry buzzer and strode confidently through the glass door.

It was his second visit; the first was a reconnaissance mission to familiarise himself with the floor layout. He glanced at the shop’s only CCTV camera, its red light flashing intermittently. A man with an air of seniority honed in on the elegantly dressed customer and instructed his subordinate to attend to a couple who were choosing an engagement ring. Here he comes, thought Alby, like a fly to a spider’s web. The man was in his early fifties with black hair gelled and combed tightly back which accentuated his sharp nose and high cheekbones.

‘I was in last week…your assistant manager, slim young man, brown hair; I seem to have missed him…’

‘That would be Mr Armitage, he has just gone to lunch and will be about an hour. I am the manager, Ralph Solomon. I’m sure I can be of assistance; can I enquire which of our beautiful collection interests you?’

‘The diamond set in white gold in your window, may I see it?’

‘But of course, sir.’ Solomon almost bounced to the window. Alby sat at a glass-topped desk with his back to the CCTV camera and waited. Solomon returned with a small red leather box which he had placed the ring into for further effect, unsurprisingly the price tag had disappeared. The manager placed a white glove on one hand and plucked the ring from the box and placed it on a velvet mat in front of Alby. Solomon stood back with his hands clasped in front of his chest in adoration of the gem’s beauty. Alby removed his right glove and picked the ring up between his thumb and forefinger careful to disguise the slight shaking of his hand. The diamond was flawless – magnificent.

The entry buzzer sounded, the young woman Alby had seen outside waddled into the shop and collapsed on a chair. He waited for his opportunity. A pearl of sweat had formed on his hairline just underneath the wig he was wearing and was about to trickle and traverse his cheek.

‘Ohhh…’ The pitiful cry turned the heads of everyone in the shop. The pregnant woman was bent over in pain and gasping for air. Solomon was beside himself and he rushed to her side. It was evident his concern was not for the unfortunate woman’s welfare; he just wanted her out of his shop and gave his assistant a scathing look for allowing her entry.

It had been the distraction that Alby had been waiting for. He slipped his right forefinger and thumb into the elasticated band of his left glove and pulled out the replica ring he had expertly created and substituted it for the genuine one which he placed back inside the glove.

He stood and walked towards the door.

‘I’ll pop back later when you are less busy.’ The manager looked over to the desk and saw the replica ring on the velvet mat and nodded before returning his attention back to the matter in hand. Alby walked out of the shop without looking back, half expecting the heavy hand of the law to take a firm grip of his shoulder. Each step on the wet pavement gave him the assurance that yet again it was job done. He placed his sunglasses on the bridge of his ample nose and walked with a purposeful stride.

After half a mile or so he arrived at a small pub near Sadler’s Wells theatre, an establishment he knew well; it had been Siddy Cohen’s old haunt. Whilst waiting for his pint of Guinness to be poured he popped into the toilet and removed his wig before returning in time to see a shamrock being crafted into the crown of his drink. The barman gave him a curious look but knew it would be conducive for his health not to ask questions. Alby took a gulp of his pint and sunk into a leather armchair facing the door.

Right on cue – not for the first time that day – a young lady walked into the premises. Her bulging stomach had miraculously disappeared, ‘the baby’, a cushion, now in a supermarket carrier bag.

‘Went like clockwork, didn’t know you were using the baby routine. Come and sit down.’

He took a ring from his right glove lining and took hold of Angie’s left hand.

‘Of course I will, Alby Soper.’

Alby beamed with delight as he felt the genuine diamond ring pressing against his left wrist. He couldn’t resist killing two birds with one stone. Angie would never discover the second replica he had made. After all, once a conman always a conman – right?