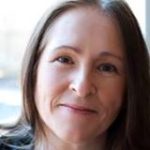 Being a Canadian mystery writer is a lot like being a Who in Dr. Seuss’s Who-ville. We may live in the second largest country on the planet, but the small size of our population severely limits our homegrown options when we have something to query about. So we look for literary agents and publishers beyond our borders. And that’s when we discover how hard it is to get some people to hear our unique voices.

Many literary agents and publishers in the UK will suggest that we contact American agencies and publishing houses.

Many literary agents and publishers in the US will suggest that we contact agencies and publishing houses in the UK.

Many of the few Canadian agents are leery of taking on a mystery set in Canada because they’re of the opinion that “mysteries set in Canada don’t sell well”. (Someone should probably tell Louise Penny about that unwritten rule – she keeps breaking it.)

Maybe these people think our writing (and future sales numbers) will merely reflect our nice and quiet and polite image? To me, those adjectives add up to boring.

Canada has a wealth of settings for any imaginable kind of murder. We’ve got almost 10 million square kilometers of options, including everything from shivering subarctic winters to sweltering subtropical summers, mountains, prairies, forests, coasts galore, metropolitan cities, small towns and quaint villages. And we’re more than capable of murdering, maiming and mutilating. (Even if we do tend to apologize, or even apologise, for it afterwards.)

Over the years I’ve received enough rejection letters and emails to wallpaper the tallest free-standing phallic symbol in the Western Hemisphere – the CN Tower (not the CNN Tower, as some American tourists call it). (I recycled the printed rejection letters … I wanted to be nice to the planet.) I became a published mystery writer when I did something decidedly un-Canadian. I cheated my way around the No Canada rule.

I sent Canadian characters to work on-location on a Canadian television show being shot in the British Virgin Islands … but I kept their home base in Canada and threw in so many Canadian references that readers will almost be able to smell the Tim Hortons coffee.

After reading a requested partial submission a well known literary agent in the UK told me that I “wrote well”, he “liked my opening and narrative voice”, and my story “Sounds irresistible – but … writers from your side of the pond need a North American publisher on board before the insular British editors … will take notice”.

A geographically challenged agent at one of the premier agencies in New York was interested in representing my story, but only if I was willing to make the production crew American and change the story’s location to the US Virgin Islands, writing “readers will be confused because nobody knows that there are any British Virgin Islands”.

An independent Canadian publisher finally offered me a contract and put my mystery on bookstore shelves.

Since publication my website has had visitors from over fifty countries who were interested enough to spend their time engaging with more than just the homepage.

The nicest email I’ve received about my mystery came from a reader in the UK.

Yop! We are here! In Canada. We shouldn’t politely bow to the Canadian settings naysayers. We should be shouting “gO Canada!” to the publishing pundits because readers around the world can and do hear us.

Canadian poet Shane Koyczan said it best when he wrote We Are More … “We are the surprise the world has in store for you, it’s true. Canada is the what in what’s new?”

Thank you for your reading time. (Sorry if I took up too much of it.)

J.E. Forman used to shoot things for a living, as a relatively sane Canadian television producer. When she had a son she switched from cameras to keyboards, adding screenwriter and romance novelist (under a pseudonym) to her list of credits. More