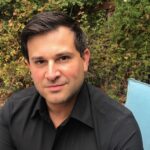 ‘Karloff, the 60’s, and the First Truly Modern Crime Story’ by Joseph Schneider

It’s 1967, and Peter Bogdanovich has just been handed his first picture by producer Roger Corman. There’re just a few caveats. First, he’s gotta stay under a hundred-thirty grand. Second, he must somehow incorporate footage of the gothic thriller, The Terror. Lastly, Bogdanovich’s film—whatever it is—must include a part for Boris Karloff, who owed Corman two days of work.

On its own, The Terror’s kind of a bummer—a plodding faux-Poe about a lost French officer (Jack Nicholson, in his first starring role) who takes refuge in the castle of the mysterious Baron von Leppe (Karloff). It was one of my least favorite horror films growing up, and I only watched it when my VHS copy of The Fearless Vampire Killers threatened to snap from overuse. Apparently Bogdanovich didn’t think much of it either, and imagined Karloff turning to Corman after a screening and remarking, “That was the worst film I’ve ever seen.”

So was born the character of Byron Orlock—an octogenarian monster-movie icon whose star has nearly winked out. Relegated to B-pictures, Orlock is convinced the world has left him behind, that his genteel brand of Victorian menace is far too tame for a decade marked by assassinations and war.

Targets opens almost exactly as Bogdanovich had envisioned. The lackluster conclusion of The Terror—our film within the film—unspools in a darkened screening room. Credits roll and lights come up to reveal Byron Orlock ruminating as studio execs kibbitz about their next project. Orlock casually remarks he’s through making movies. Stunned silence from the execs, then entreaties, and finally some browbeating. The studio head hollers, “If it weren’t for me, the only place you’d be playing is in the wax museum!”

Gripping his cane, Orlock hobbles out of the screening room and onto Sunset Blvd, trailed by his personal assistant Jenny (Nancy Hsueh), along with Sammy (Bogdanovich himself), the beleaguered young screenwriter who’s just lost his leading man. Sammy tries to persuade him to stay on for the next picture. “The world belongs to the young,” Orlock sighs. “Make way for them. Let them have it.”

No hyperbole—what follows is one of the gutsiest and most jarring transitions in cinema history. Suddenly we’re seeing Orlock through a gun sight, crosshairs centering on his skull. Close-up on the profile of a young man peering down the scope. Close-up on his finger hugging the trigger—tighter and tighter—until there’s the dry snap of a hammer falling on an empty chamber.

This is Bobby Thompson (Tim O’Kelly), and he’s in a gun shop across the street, buying a sleek new rifle. Bobby’s a cheerful, well-mannered young man, and possessed of the flaxen-haired, golly-gee good looks of a beach-party beefcake.

He walks his purchase out to his Mustang and pops the trunk, revealing an arsenal of weapons laid out like surgical tools. He tucks the rifle amid the others, shuts the trunk, and hits the road. He’s tuned to KHJ, and it’s The Real Don Steel hammering away with a rapid-fire promo as Bobby roars down the 405. He seems to pay special attention to some oil tanks squatting alongside the freeway, then exits in Reseda and parks in front of a tidy, tree-shaded bungalow.

He slips inside, quietly making his way from room to room. We hear voices in the background—other people in the house unaware of the new arrival. Bobby enters the den and notices some photographs. We see them from his POV, and they’re of him—the first taken during his deployment to Vietnam, the second on his honeymoon. This is Bobby’s house, but he lurks in its corners like an interloper.

His father arrives home and Bobby snaps to attention, making his presence known with an ebullient, “Hello, sir!” The family sits down to dinner—Bobby, his parents, and his wife. After saying grace, they dig in, Bobby giddily recounting the story of how he saw Byron Orlock earlier that day. Everything is suddenly normal.

It’s now clear Bobby has two distinct sides. One is the dreamer, knocking around in an increasingly seductive world of fantasy. The other is a marvelous talent at mimicry, the doting son and devoted husband who can pass among us undetected. Bobby is a uniquely modern monster—a sleeper agent of chaos lying dormant until some terrible, hidden switch is flipped on. (The character is in fact modeled almost beat-for-beat on Charles Whitman, the twenty-five-year-old former marine who, only a year before Targets began production, climbed the tower at UT Austin with a carbine rifle.) Part of him seems to sense his own unraveling, evidenced in a scene where he tries seeking help from his wife. “I don’t know what’s happening to me,” he tells her. “I get funny ideas.”

The story alternates between our unlikely leads—the disillusioned elder statesman of Hollywood horror­ and the tightly coiled, deadly enigma. Orlock’s motives are always clear—even the characters he’s famous for playing, however monstrous, operate according to the relatable human passions associated with vengeance, greed, and lust. Bobby’s psyche is on the other hand impenetrable, a product of forces unseen and unknown. The contrast between these two characters is emphasized by the director’s deliberate use of color. Orlock’s scenes are shot in warm fall tones—oranges, yellows, browns—while Bobby’s are tinted icy shades of blue and gray.

Early one morning, Bobby murders his wife and mother. The scene is shocking in its stark, matter-of-fact presentation, free of the least cinematic filigree or directorial commentary. Bobby then drives the short distance to the oil tanks he’d noted earlier. He picks the one with the best view of the 405, eats a picnic lunch, then begins killing motorists. Again, the sequence is hyper-real, shot in a verité style shatteringly bold for its time. Bogdanovich achieves the effect in part through an aural technique rather than a visual one. There’s no score anywhere in the film, no musical editorializing to soften the violence. (Further evidence of the director’s budding genius—he was only twenty-eight at the time.)

How the disparate stories of Orlock and Bobby intersect is something I’ll leave you to discover, but collide they do, and in a harrowing, wholly original climax that cements the film’s position as a masterpiece of the genre. Ironically, however, Targets became a victim of its own subject matter. The sixties had already seen Medgar Evers, JFK, and Malcolm X fall to assassins’ bullets. The killing wasn’t done, however, and 1968 brought fresh horrors. Martin Luther King, jr. was gunned down in April, then RFK in June. Targets, slated for an August release, was probably the last thing anyone wanted to see. You didn’t need to go to the movies—there were plenty of real-life Bobby Thompsons to show us just how much misery could be spread by a single man with a gun. The movie came and went, slipping into obscurity even as Bogdanovich’s career took off.

Targets is out of print, but you can find it streaming on Amazon. (Hopefully one day Criterion will come to the rescue and give it the rollout it deserves.) There’s nothing quite like a well-crafted crime story, nothing else that in ninety minutes can strike all those notes—suspense, shock, humor, tragedy, terror—and strike them so truly. If you value that experience as much as I do, then you may soon count Targets among your favorites.

Joseph Schneider is the author of the LA noir Tully Jarsdel mysteries.