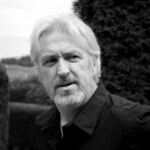 Paul Finch studied History at Goldsmiths, London, before becoming a cop in the north west of England. He then let his passion for writing allow him to follow a career in journalism. Now a full time writer, he first cut his literary teeth penning episodes of the British TV crime drama, THE BILL, and has written extensively in the field of children’s animation. However, he is probably best known for his work in thrillers and horrors.

His crime debut novel, STALKERS, was a no 1 ebook best seller in 2013 and introduced DS Mark ‘Heck’ Heckenburg. This was followed in July 2013 by the sequel, SACRIFICE. He now has THE KILLING CLUB, DEAD MAN WALKING, HUNTED and ASHES TO ASHES in the series which is also published in Germany, Poland, Turkey, Hungary, Japan, Italy and Croatia.

In 2016 Heck took a break to be replaced by DC Lucy Clayburn. The opening novel, STRANGERS, became an immediate success reaching the top ten in the Sunday Times Bestseller list. This has been followed up with the second instalment for Lucy, SHADOWS.

His next Heck novel, KISS OF DEATH is due out in August 2018.